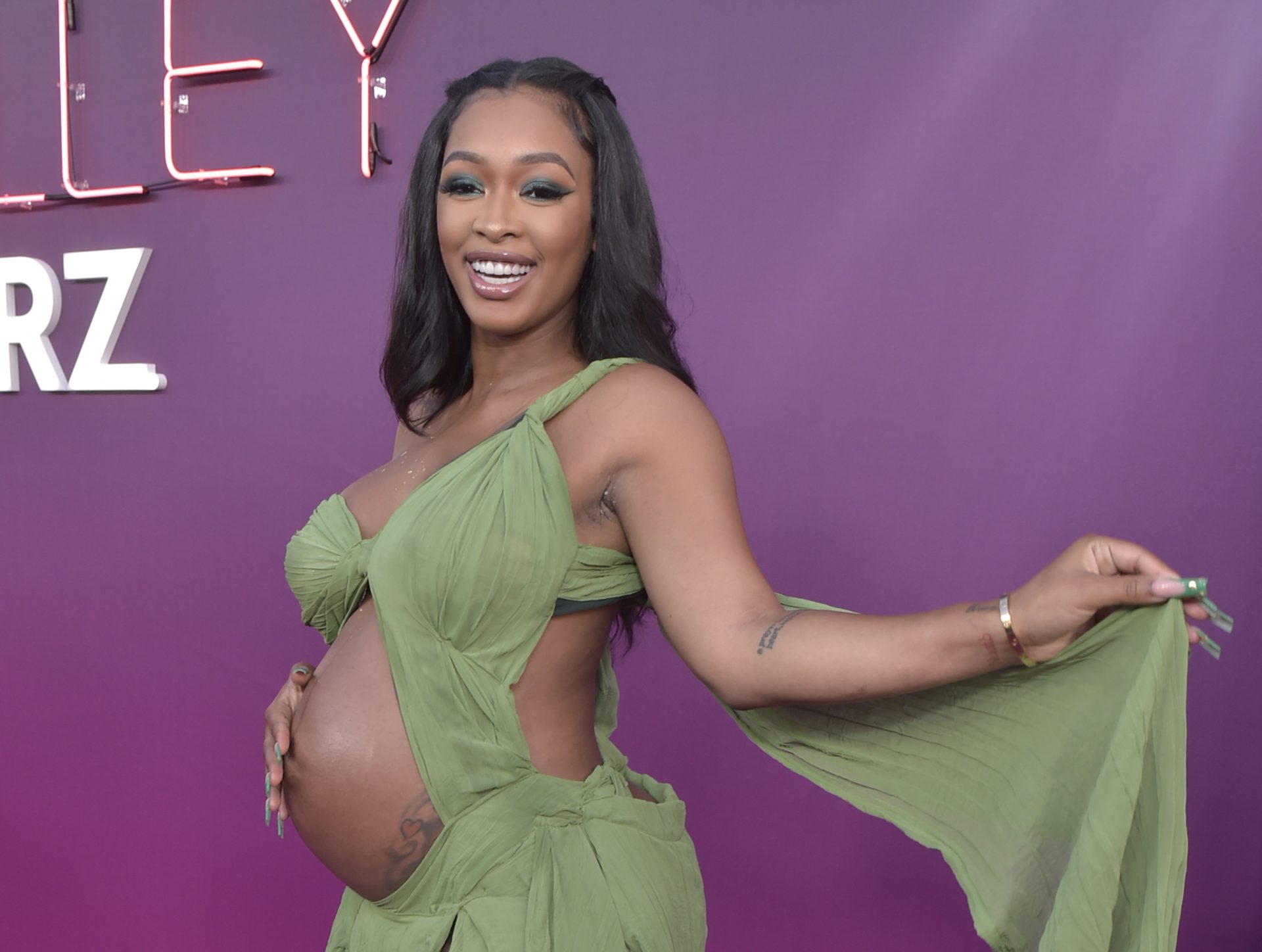 Got it, Mom! Miracle Watt was in the “Pynk” spirit last night at the premiere party for “P-Valley” Season 2. The mom-to-be took to the dance floor alongside the cast of the coveted Starz show. The father of her baby, Tyler Lepley, stars in the scripted series and was not present. Miracle Watts, however, still celebrated to the fullest.

In a green flounced dress with her burgeoning belly on display, Miracle shook her moneymaker on the dance floor within the event. Miracle, a talented dancer, bounced in heels as people around her cheered for her. Last month, the model announced that she and her boyfriend Tyler Lepley are expecting their first child together.

If you were wondering where Miracle’s boo and star of “P-Valley” was last night, he was at work. Tyler Lepley shared his feelings about missing the premiere with fans as he is currently shooting season two of the “Harlem” series. The actor spoke directly to his supporters in his Instagram story about his absence.

“So I’m on Harlem’s second season of shooting…I did everything I could to make it happen, but because of the workload…it was just impossible to jump off a set at three o’clock…and get on a jet to get there. and back here in the morning. I was stunned; got angry. What I was most upset about was that we put in so much work photographing that thing that I wanted to take the chance to drip up, drape down, walk across the carpet and really commemorate all the hard work during the premiere we’re going to show you all tonight.”

Miracle kept it for Tyler, though, posing with her baby bump and Tyler’s “P-Valley” cast mates on the red carpet.

How cute! Roomies, have you seen the season 2 premiere of “P-Valley” yet?