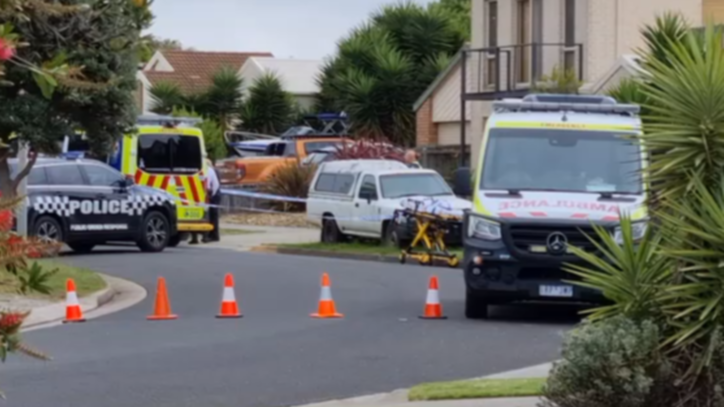 A man has been charged with attempted murder after a police officer was allegedly stabbed several times in a popular Victorian seaside town.

Victoria Police visited a house on Golden Beach Way, Torquay at around 4.30pm on Monday to carry out a welfare check.

Watch the latest news and stream for free on 7plus >>

When they arrived, a 49-year-old local man reportedly ran at officers with a knife and a male police officer was stabbed.

Ambulance Victoria said three people were treated at the scene.

“Two people have been taken to a hospital in Geelong, a third person will also be taken to hospital.”

The male officer was taken to hospital and is being treated for non-life-threatening injuries, which police described as “significant” in a statement.

On Tuesday morning, police confirmed that a 49-year-old man had been charged with attempted murder and assault of an emergency service worker on duty.

He has been remanded in custody to appear at Geelong Magistrates’ Court later on Tuesday.

Victorian psychologist learns fate by forging her late partner’s will