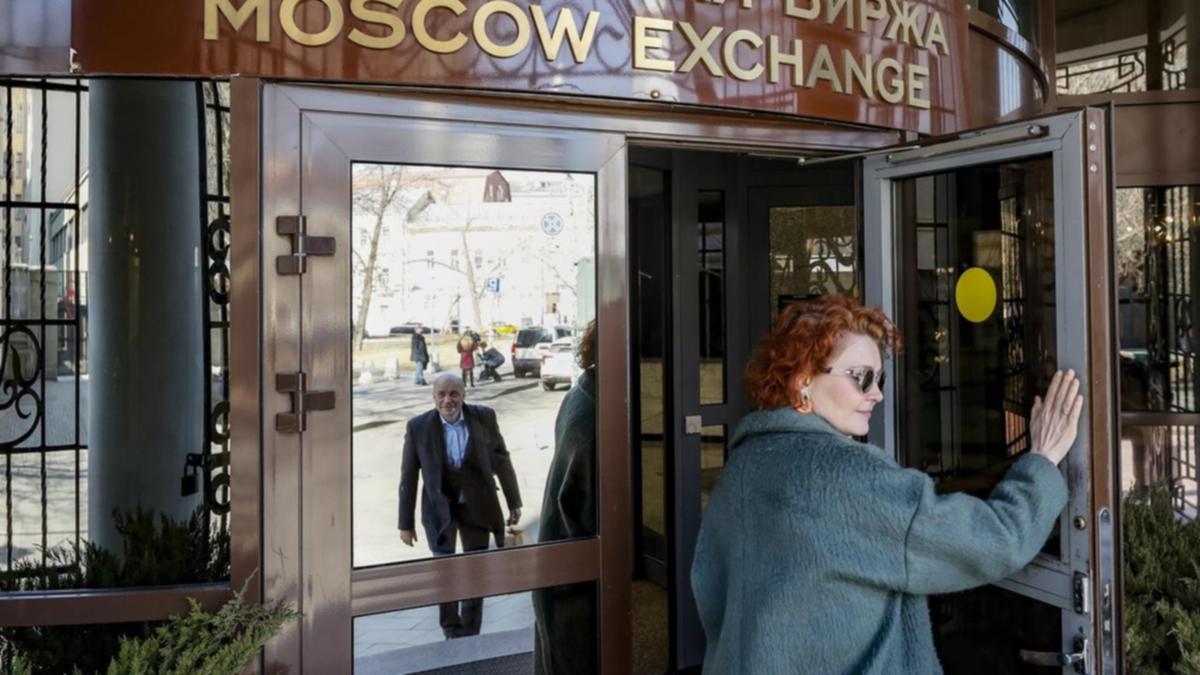 Energy and metals firms have led a jump in Russian stocks as trading resumed after a month’s suspension, reflecting soaring global prices for oil, gas and other commodities on fears the Ukraine crisis will threaten supply.

Stocks had not traded on Moscow’s bourse since February 25, the day after President Vladimir Putin sent troops into neighboring Ukraine, prompting foreign sanctions aimed at isolating Russia economically and then Russian countermeasures.

The reaction has cut off Russian financial markets from global networks and sent the rouble currency tumbling.

Stocks had also plunged immediately after Russia launched what it calls “a special military operation” to disarm and “denazify” its southern neighbour.

Restrictions on trade with foreigners and a ban on short selling remained in place on Thursday as the Moscow Exchange cautiously resumed equities trading.

“We will do everything possible to open all segments of the stock market soon,” Boris Blokhin, head of Moscow Exchange’s stock market department, said.

In the short session energy firms made stellar gains, with gas producer Novatek, oil majors Rosneft and Lukoil and gas giant Gazprom up 12 per cent-18.5 per cent.

Brent crude oil, a global benchmark for Russia’s main export, was trading near $US121.4 per barrel on Thursday, having jumped more than 21 per cent from a month ago as worries about supply disruptions from the Ukraine crisis drive up prices.

“Large bids to buy Russian shares have been seen since the market opening,” BCS Brokerage said in a note, adding that a promise Russia’s rainy-day fund will buy shares was also underpinning the market.

“The overall sentiment is supported by the confidence that the finance ministry will buy stocks,” BCS said.

The government said on March 1 that it would use up to 1 trillion roubles ($A13.9 billion) from the National Wealth Fund to buy battered Russian stocks, although it was not clear whether any purchases were being made on Thursday.

A senior US official dismissed the limited resumption of trading as a “a charade: a Potemkin market opening” and said the Russian government’s commitment to buy amounted to artificially propping up shares.

“This is not a real market and not a sustainable model – which only underscores Russia’s isolation from the global financial system,” deputy White House national security adviser Daleep Singh said in a statement.

The US dollar-denominated RTS index fell 9.0 per cent on the day to 852.64, pressured by the weaker rouble, according to MOEX data that was suspended in the Eikon terminal.

The negative impact of sanctions was clear in some sectors, with shares in Russia’s second-largest lender VTB down 5.5 per cent.

And with most European airspace closed to Russian planes, flagship carrier Aeroflot sank 16.44 per cent.

The rouble meanwhile extended its recovery, gaining 1.8 per cent to hover close to 96 against the US dollar in Moscow trade.

The currency had hit its strongest level in three weeks at 94,975 on Wednesday after Putin said Russia would start selling its gas to “unfriendly” countries in rubles.