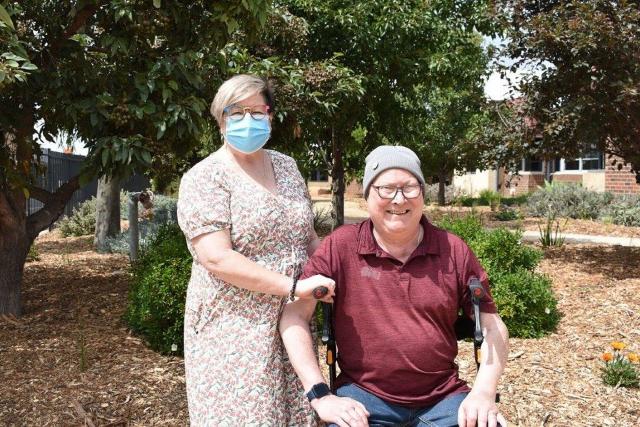 A school community has banded together to support the family of Nick ‘Olly’ Oliver, who has been diagnosed with brain cancer.

Mr Oliver worked as a maintenance officer at Baden Powell College’s two sites, Derrimut Heath Primary School in Hoppers Crossing and the Tarneit P-9 campus, after it opened during 1992.

His wife Karen Oliver served on the first school council, and their daughters Bek and Claire attended Derrimut Heath.

Bek is now a leading teacher at the college.

Her two daughters, Tilly and Scarlett, are also pupils at the school.

Sadly, Mr Oliver was diagnosed with brain cancer during January 2021 and he has since undergone three surgeries.

Initially, doctors said that Mr Oliver might only have 12 months to live, although his family said they feel lucky he has survived for longer.

On Saturday, February 26, Mrs Oliver, Claire, Bek and her husband Simon took part in a fundraising event for the Geelong-based Peace of Mind Foundation.

The not-for-profit organization supports people and families dealing with the impacts of brain cancer.

The foundation has assisted the Olivers, including with funding to install rails around their house’s pergola, so Mr Oliver could find his way around without falling due to his declining eyesight (they have since had to move out of the property, due to his illness) .

“It’s been great having their support right at hand whenever we need, right through from our two grandchildren to Nick being the patient,” Mrs Oliver said.

The weekend’s fundraising event, held in partnership with Westfield Geelong, involved participants in a mini-version of The Amazing Race.

The family’s fundraising efforts in the lead-up to the event saw them raise more than $7000 for the foundation, plus an additional $3000 through the sale of beanies with a logo reading “Olly’s Fight for Brain Cancer”.

On Thursday, February 24, Baden Powell College hosted a fundraising day for the family, at the suggestion of principal Vicki Minton.

Staff gathered at the Tarneit campus to enjoy lunch, in return for a donation.