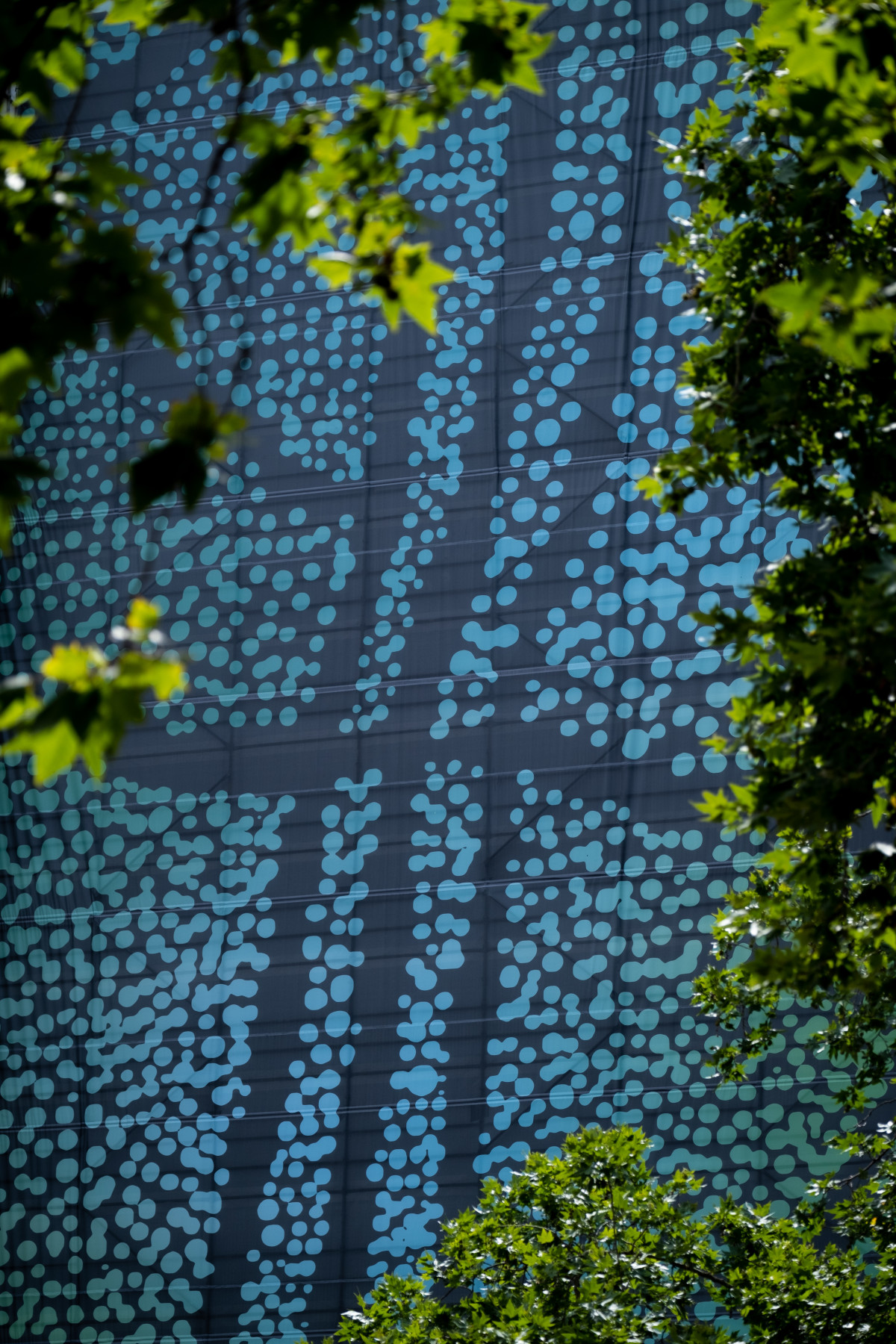 If you’ve been in town recently, you may have seen a striking piece of art covering the Woolworths building.

Ancient Tracks by graphic designer Toby Bishop of Kungarakan will be on display while the building is being repainted.

In response to a call to designers, photographers and artists for strong images inspired by a greener city, Toby Bishop’s work was unanimously selected from approximately 180 entries.

“My Ancient Tracks artwork is a tribute to indigenous navigation and land management, reflecting and speaking to a vibrant, evolving global city,” said Toby Bishop.

“For thousands of generations, pathways across Australia were created by our ancestors, gently molded with an interconnected relationship to the land and cultures. These sacred traces evolved over time, in line with the seasons, ceremony and trade. Roads are as dynamic as the country.”

Some of Sydney’s major arteries, such as George Street, Oxford Street and King Street in Newtown, followed Aboriginal tracks that served as trade routes between farmed grasslands or abundant fishing grounds.

Until the end of the year, you can see Ancient Tracks in the Woolworths building on George and Park streets, opposite Sydney City Hall.